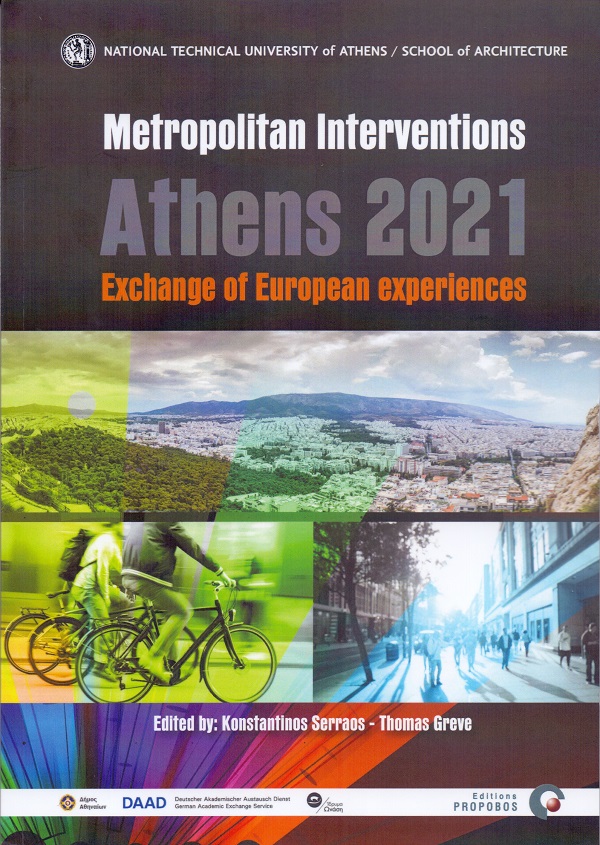 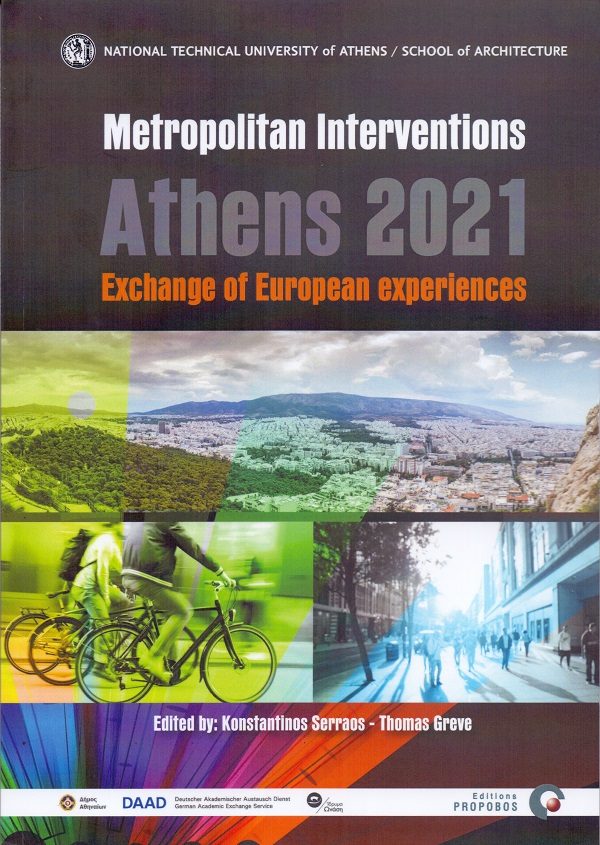 This volume includes the material of the scientific workshop “Metropolitan Interventions Athens 2021: From the Idea to the Implementation. Exchange of experiences, Hamburg, Vienna, Munich, Athens”, that took place on February 12th and 13th, 2015 in the historic Athens Town Hall, and in the historic NTUA Deanery.

Guests from Germany and Austria were given the chance to present their experience from their own cities, Munich, Hamburg, and Vienna, whereas, in a following part, two “dialogues of experts” were organized. In this framework foreign guests and Greek scientists coming from either the academia or other entities involved in planning, policy-making, and decision-making concerning the management of space, were given the opportunity for a more intensive process of exchanging their views.

The main goal was to discuss issues regarding the processes of intervening, implementing, and achieving participation, and especially the question of the acceptance of the urban interventions by the citizens.